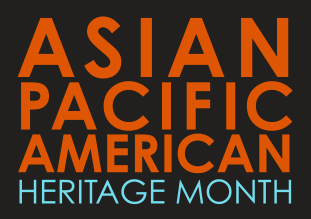 During the month of May, the United States officially observes Asian/Pacific Islander Heritage Month (AAPI Heritage Month). The commemorative holiday celebrates Asian and Pacific Islander heritage. Originally designated to last a single week by President Jimmy Carter in 1978, AAPI Heritage Week was extended to the full month of May in 1990 by George H.W. Bush. As a premiere IT services company, we owe a lot of our success to many hardworking, innovative AAPI computer scientists, engineers, and other STEM professionals who came before us. In today’s blog, we will be paying tribute to their work by highlighting a host of AAPI researchers who contributed to their respective scientific fields.

Dr. Tetsuya “Ted” Fujita was living in Kokura during WWII. The city was the original target of Fat Man, but the target was changed to Nagasaki when Kokura was obscured by cloud and smoke. The atomic explosions inspired Fujita to become a researcher. He is credited with discovering downbursts and microbursts and inventing the Fujita scale (F scale) for tornados, which was later popularized in the movie Twister (1996). His work at the University of Chicago greatly impacted our understanding of severe weather systems, including thunderstorms, tornados, hurricanes, and typhoons.

Often referred to as the First Lady of Physics, Dr. Chien-Shiung Wu was the daughter of an engineer father and educator mother. Her parents encouraged her pursuit of mathematics, and after more than a bit of self-studying, was accepted into and graduated from the National Central University with a major in physics. Wu’s most famous contribution came when she was asked to be part of the Manhattan project. She famously invented the process for splitting uranium, instrumental to the bomb’s development. Scientifically, she is most known for the Wu experiment, earning her the 1957 Noble Prize in Physics.

Another Chinese-American Noble Prize winner, ‘Dr. Tsui was born in an impoverished and war-torn Henan, China in 1939. Due to the destruction, top university graduates took school teaching positions, which benefited Daniel Tsui’s early education. Eventually making his way to the University of Chicago, he received a Ph.D. in physics in 1967. He would later be 1/3 of a team that would win the Noble Prize in Physics for the “discovery of a new form of quantum fluid with fractionally charged excitations” while working at Bell Laboratories. He would spend nearly 30 years working as a faculty member in both the computer science and electrical engineering departments at Princeton University.

The first astrophysicist on our list, Dr. Subrahmanyan Chandrasekhar was an Indian-American scientist who focused on a wide range topics. Much of our modern knowledge and theories come from his work on quantum theory, relativity, stochastic processes, black holes, white dwarfs, and other stellar objects. His discovering of the phenomena in which a star with a mass more than 1.44 times that of the Sun does not form a white dwarf but instead becomes a neutron star after a super nova explosion was given his namesake. He was one half of the team that won the 1983 Noble Prize in Physics along with his partner and nuclear physicist William A. Fowler.

Ellison Onizuka was an aeronautical engineer and astronaut. The native Hawaiian excelled throughout his entire life. As a youth, he obtained the rank of Eagle Scout and participated in FFA and 4-H programs. He received a B.S. in Aerospace Engineering and an M.S. later the same year in 1969. After graduation, Onizuka entered the U.S. Air Force on active duty, as a flight test engineer and pilot, attending the U.S. Air Force Test Pilot School. He later joined NASA and became the first Asian American to reach space on the shuttle Discovery. Tragically, he lost his life onboard the Challenger when it exploded shortly after launch in 1986. Several astrological features and scientific awards are named after him. Recent U.S. passports include his most famous quote:

“Every generation has the obligation to free men’s minds for a look at new worlds… to look out from a higher plateau than the last generation.” – Ellison Onizuka

Ajay Bhatt is responsible for one of the most iconic pieces of computer technology: the USB flash drive. A Master of Electrical Engineering, Bhatt developed the technology while working at Intel in the 90s, and the rest is history. The device holds the distinct advantage over optic discs in that it is smaller, more durable, rewritable, and easy to transport. The computer architect also helped develop the AGP (accelerated graphics port) and PCI express. He now acts as the Chief Client Platform Architect at Intel.

Steven Chen has entered the chat. Chen helped revolutionized how we consume media as one of the co-founders and former Chief Technology Officer of YouTube. The video-sharing entrepreneur immigrated to the US from Taiwan when he was just eight years old. Before changing the world, Chen was an employee at PayPal and Facebook. He has started several other projects, including the now-defunct live streaming food network Nom.

Dr. Isabella Abott had a lifelong interest in seaweed and ethnobotany growing in Maui, Hawaiia. She was the first Hawaiian woman to receive a Ph.D. when she graduated from University of California in 1950. Over the span of her decades-long career, she authored eight books and over 150 publications. During her lifetime, she was considered the world’s foremost expert on Hawaiian seaweed and algae of the Pacific Ocean basin. She was credited with discovering over 200 new species of seaweed. Her legacy remains in the form of the Dr.’Isabella’Aiona’Abbott Scholarship’Fund‘for graduate research in marine and ethnobotany.

For more information on AAPI Heritage in the United States, please follow the link to the official AAPI site here.