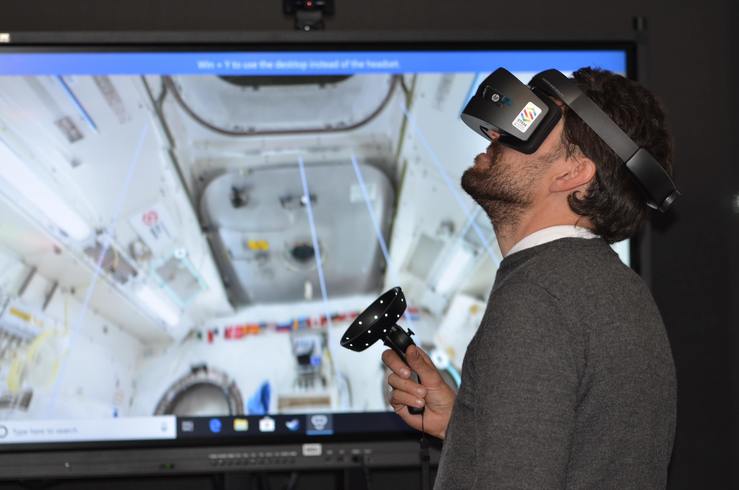 Virtual reality (VR) and augmented reality (AR) have made waves in the gaming, marketing, e-commerce, education, and technology industries. According to a research study from Tulane University, by 2022, the VR and AR market is projected to grow to $209.2 billion. Both technologies bring together the virtual world and real world by utilizing elaborate 3-D visuals. Based on the technology used and the experience it provides, there are some significant differences.

Augmented reality (AR) adds digital elements to a live environment by using the camera on a smartphone. AR users can control their presence in the real world while VR users are controlled by the system. Some examples of AR include Snapchat lenses and the game Pokemon Go.

Virtual reality (VR) shuts out the physical world and submerges the user in a completely virtual experience with a headset. VR devices such as HTC Vive, Oculus Rift, or Google Cardboard allow users to transport into real-world or imagined environments like traveling underwater in a submarine or allowing medical students to practice procedures on virtual patients.

The headset used for a virtual reality experience is constructed of optics, displays, sensors, and haptics. These components require a seamless connection to create an immersive experience for the user. As technology advances, the waveguides within the optics will grow to be a significant part of augmented reality displays.

Augmented reality and virtual reality in the information technology field can help developers, researchers, and data scientists by providing educational simulations that enhance their learning experience. It also allows more humans to be involved in monitoring machine learning models to ensure machine’s decisions are ethical, fair, and reasonable.